Did you want to control the dim-level from the lighting, open and close the sun-blind and windows, turn the central heating on and off, and plenty more in your house with a normal TV remote control?
You have already programmed a little bit in Q-, Quick- or Visual-Basic?
And you know a bit of electronics?
More fun when building it by yourself!
You can find here some projects which you can expand to your own wishes with the Proton PIC Basic compiler.
It's also possible to build projects without the Proton PIC Basic compiler, because from almost every project are the .HEX files downloadable.

Click on my name for a review from updates.

What is a PICmicro?

A PICmicro is a steering-computer, mostly called a micro-controller (µC), which can steer electronic parts dependent on the program which is in the PICmicro programmed.
The package is the same as a normal IC.
The PICmicro is available in many kind of sizes, from 8- to 40-pin DIL- and SMD-packages. 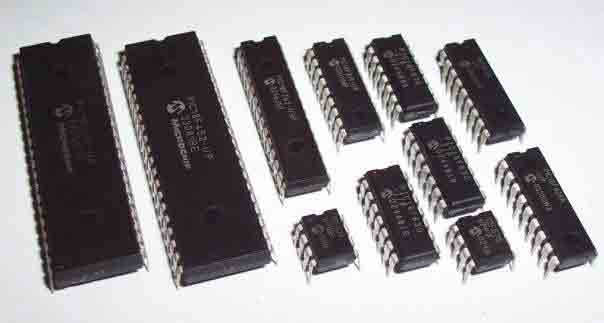 This site use only the easy to handle DIL packages.

There are different types of micro-controllers and the PICmicro (from here shorten to PIC) is one of them.
With a view extra components are complete applications to invent.
A PIC has several in/outputs, if it is an in- or an output depence on the program in the PIC.
Sometimes the PIC must have 12 inputs and 2 outputs, another time you need only 8 outputs (i.e. a funny 8-channel running light).
In PIC-Basic you can write: OUTPUT PORTB.2 if port B.2 has to be an output or INPUT PORTB.2 which makes from the same pin an input port, but there are more (better) ways to define the ports.

In a modern washing-machine for example a µC take care that the wash-program runs like the user has adjust it, kept an eye on the temperature by information it becomes from a temperature-sensor on his input and with his outputs it turns the wash-tub left/right and centrifuge, put some water in the wash-tub and pumps it away again, etc.

The PICmicro controller is made by the American company MicroChip.

What is Proton PIC Basic?

Proton
Proton is a Basic compiler for PIC8, PIC24 and dsPIC33 written by Les Johnson.
A compiler makes for you from a simple program-language as Basic an assembly-file, so that you, without much knowledge from assembly, still can program PIC's on an easy way.
Proton PIC Basic looks like Q-Basic and Quick-Basic, but is special made for programming PIC's, that's why there are extra commands added to program a PIC.
If you have ever programmed a Basic Stamp then it makes it even more easier, because the Proton+ compiler has almost the same commands (+ a lot more).
However, a Basic Stamp is expensive while you will have a PIC for a few dollar.
The Proton compiler itself is expensive to buy, but after then you can write fast and easy PIC programs and you can download the latest version of the compiler always for free.

Most important benefit
If you program in Basic, you program for your hobby, that means no complicate assembly or the C language where you rack your brains over.
No, you write relaxed in your free weekend fast a PIC program and build things for your own which you steer with your own programmed PIC controller.
In a few minutes you can write a working program.

Next to these normal Basic commands PIC Basic have the disposal of commands which are much more powerful then by a normal Basic.
Only a few instructions are necessary to come to a complete solution.
By other program-languages there's soon a much larger program necessary.

How comes the program in the PIC?

A Basic program written with the Proton PIC-Basic editor (or any editor) must be first compilate to assembly, this is a job for the Proton compiler.
From the assembly-file must a for the PIC understandable .HEX-file been created.
This happens also automatic, the PIC-Basic editor starts after the compilation automatic MPASM, which make from out an .ASM-file a .HEX-file.

Programmer
To program this .HEX-file into the PIC you need a programmer. 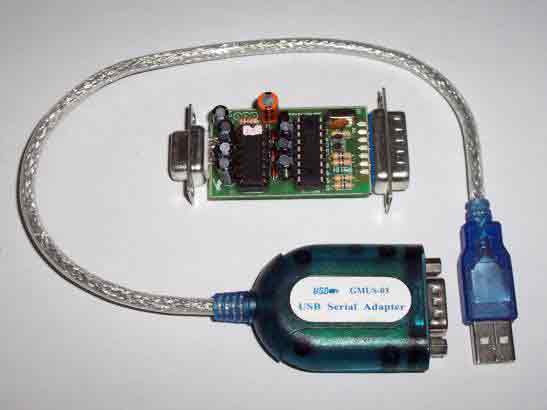 The Wisp628 programmer must be connected to the COM-port from your PC.
Is this port not present, then you can use an USB-serial adapter.


A good and cheap programmer is the Wisp648 from Voti.
A lot PICmicro flash types can be programmed with it and you can always upgrade it with the new types PICs for free.
This is an ICSP (In Circuit Serial Programmer), which means that the programmer can program the PIC, while these can stay in the circuit that you build on your PCB or bread-board.
No irritating doings like pulling the PIC out of the PCB, place it in the programmer, programming it, pull it out the programmer and place it back in the PCB, over and over again.